A Brief History of AETTNL

In 1968, with the sponsorship of the Association of Professional Engineers of Newfoundland (APEN), the Association of Engineering Technicians and Technologists of Newfoundland (AETTN) was formed.  At inception, AETTN had less than 50 members and was operated under a bylaw of APEN.  APEN developed a constitution for AETTN consistent with the Engineering Profession Act.  This constitution ensured that APEN had a majority on the Board of Examiners, thus giving them the power to decide upon acceptance of technicians and technologists into AETTN.

In 1970, discussions were held with APEN to change the constitution and by-laws to grant more autonomy to AETTN.  Very little progress was made towards autonomy for AETTN, as APEN maintained control of the AETTN constitution.

In 1972, the Canadian Council of Technicians and Technologists (CCTT) was formed with AETTN being one of the founding members. CCTT was formed to create national standards for technical education to ensure full transferability of technicians and technologists across Canada.

During the 1980s, AETTN gained financial and administrative autonomy from APEN, and developed and approved a Code of Ethics.  AETTN set up a separate office and hired part-time staff to manage the day-to-day operations of the Association.

In February 1993, a group of concerned certified technicians and technologists incorporated a new association – AETTN Inc.  By incorporating the Association under the Non-Profit Corporations Act, the organization was and is able to legally conduct day-to-day operations until such a time as legislation is passed in the Provincial House of Assembly for our operations. While AETTN continued with efforts to reach an understanding with APEGN (formerly APEN), discussions with the CCTT, other Provincial Associations and legal advisors were ongoing as to what options were open to AETTN.  Believing that all avenues of negotiation with APEGN for control of the AETTN Constitution were stalemated the Executive of AETTN called a Special General Meeting.  At that Special General Meeting, which was held on November 6, 1993, the AETTN membership voted unanimously:

In a subsequent meeting held later that day, AETTN Inc. agreed to accept the current members in good standing of AETTN into the membership of AETTN Inc.  A motion was passed that the Executive and Council of AETTN elected at the AGMs of May 1992 and May 1993 together with all appointed positions of AETTN, with the exception of the Board of Examiners, be accepted in the same positions in AETTN Inc.

Members also approved a new Constitution and Bylaws to provide a more modern tool for the operation of the Association. Included in these revisions was control of the Certification and Registration Board by AETTN Inc.   AETTN was finally its own body, in control of its operations, its Constitution, and Certification and Registration Boards, allowing it to control admittance of members.

AETTN changed its name to the current name of the Association of Engineering Technicians and Technologists of Newfoundland and Labrador, Inc., reflecting the new name of the province.

Over 90,000 of your peers and their families enjoy these benefits. You can, too.

Here are more key facts about these valuable plans:

• You have exclusive access to insurance plans created specifically for engineering professionals.

• They’re innovative, with recent enhancements like the job loss waiver of premium – the first of its kind in Canada.

Learn more about how these plans can benefit you. 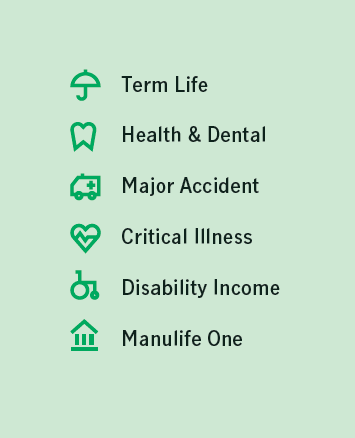